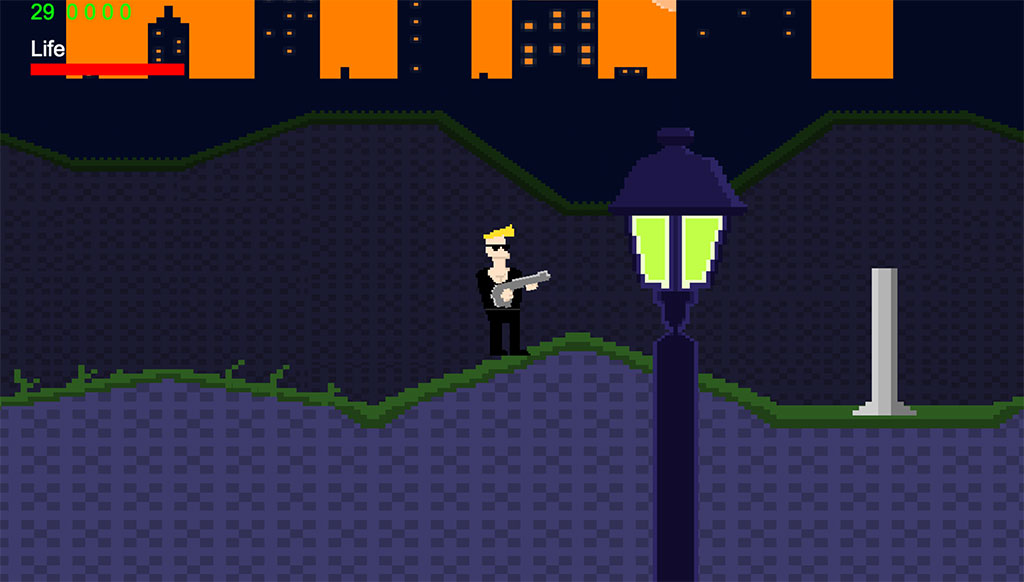 This is a short platform shooter developed from scratch in Javascript and Html5 which showcases several game techniques such as slopes, parallax scrolling and basic physics.

Maps were built in a Map Editor called Tiled for easier manipulation: https://www.mapeditor.org 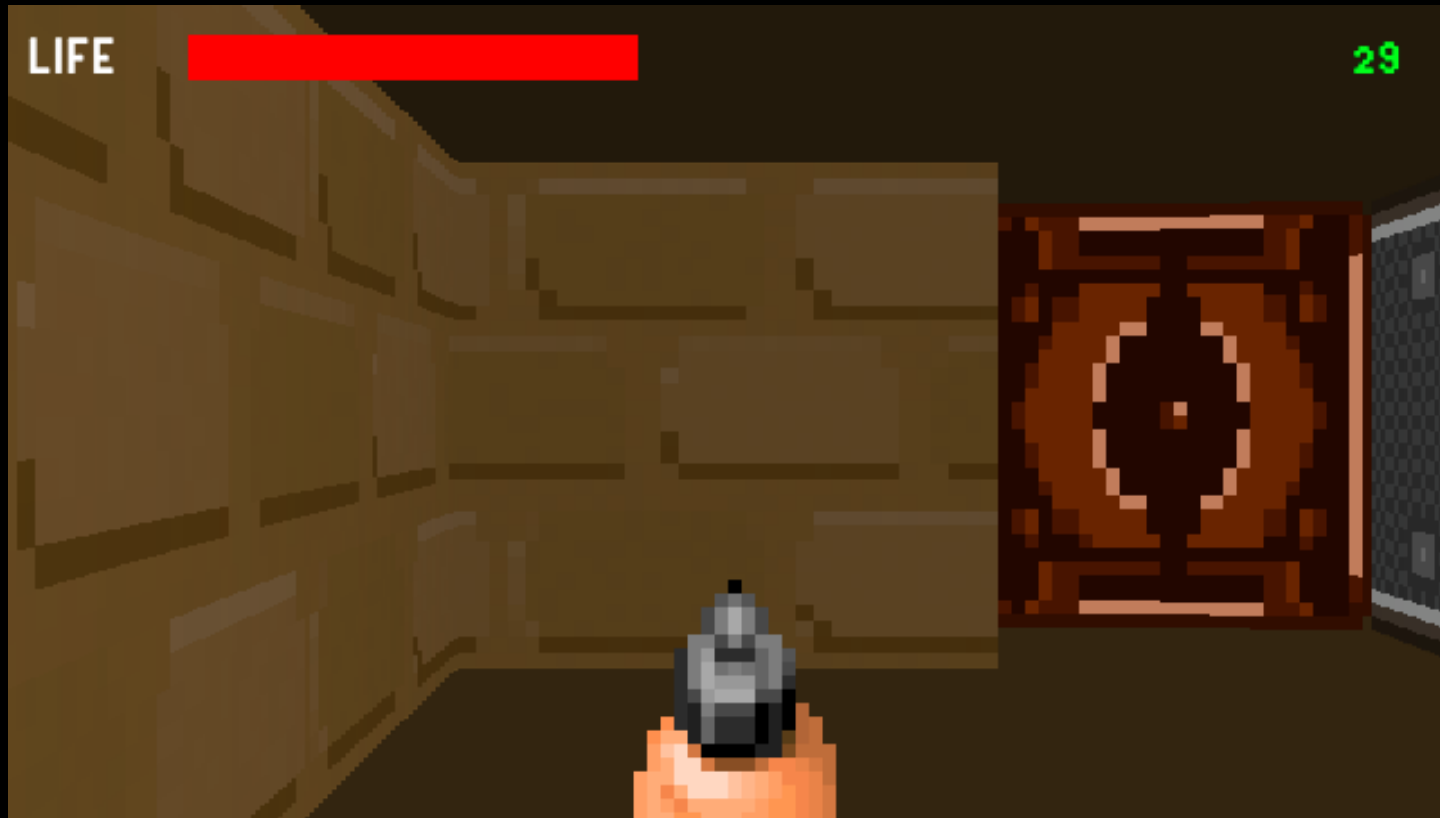 It has been a long time since i published a game in my blog. I have been working for the past 3.5 weeks in a very short FPS game inspired by Wolfenstein3D which is a groundbreaking game made by ID software in the 90´s decade. John Carmack and John Romero achieved to render pseudo 3d graphics with no cost with the current hardware in those days. In that time was not possible to render true 3D graphics at reasonably frame-rate because of this hardware limitations, computers weren’t fast enough as today´s.

So they implemented a technique known as Raycasting which is a way to emulate a sort of rotation in the XZ plane but it has several limitations. We can’t look up or down, the walls must be orthogonal, we can’t represent complex shapes, the only way is to use sprites instead, so the enemies, items, guns, etc. are sprites. Raycasting is fast because all calculations are in 2D, and the projection makes the game looks like a real 3D game but in fact it is not.

This game was made from scratch in Javascript and HTML5. I reused some sprites from my previous games and the enemy sprites were taken from Wolfestein3D game (soldier, dog and boss).

I tried to implement most of the game functionality:

I was going to implement a floor raycasting to improve the visuals which Wolfenstein3D does not have. Sadly i had performance issues. I downgraded the visuals of the floor to improve performance but it looked awful, so it was not worth it. I do not even know if my algorithm is the right approach for that so i left it without it.

It is not as polished as the original game but i am really happy with the final result.

As usual here is the link to the game:

And the code repository: 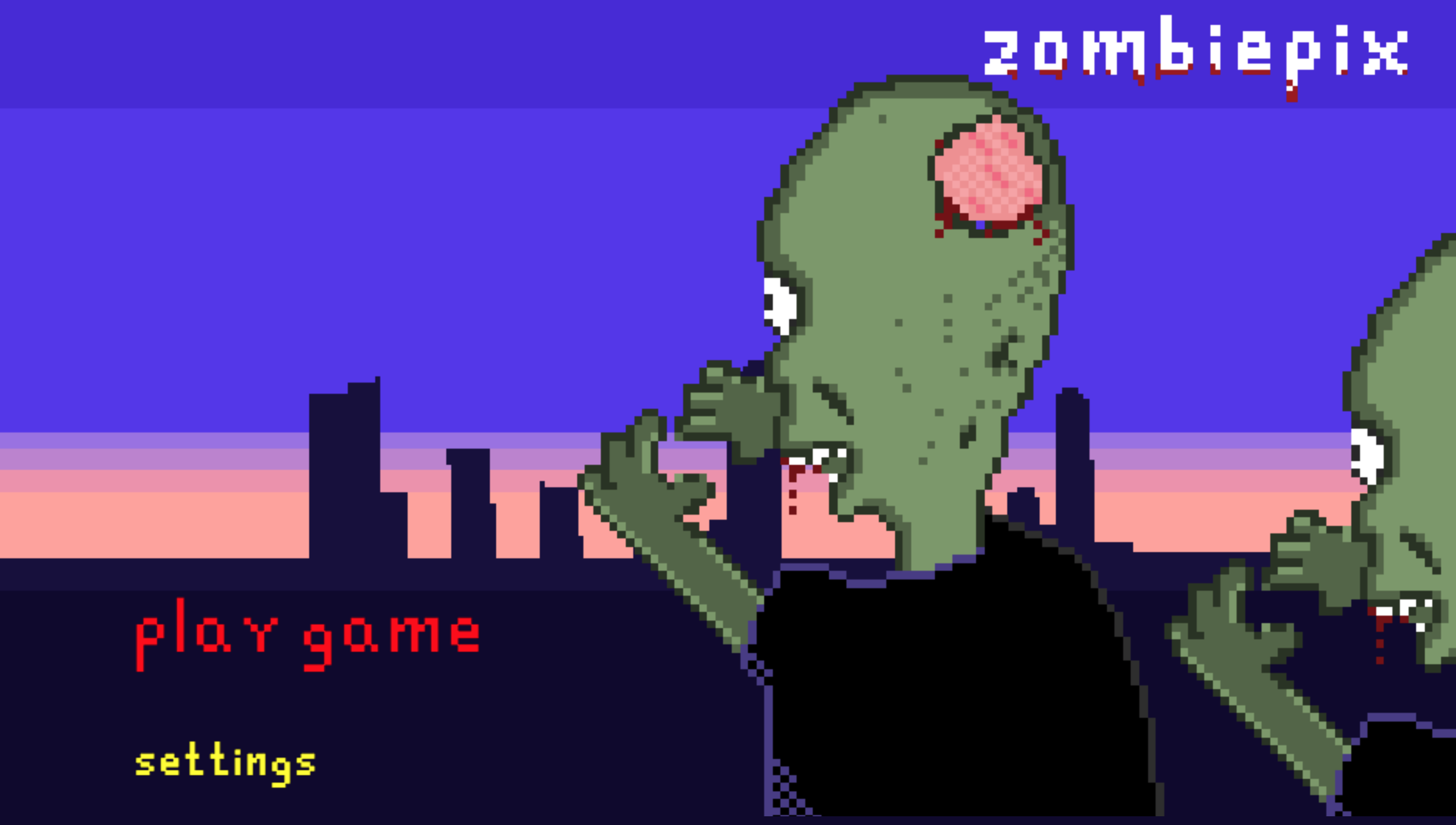 It is a pleasure to share my latest game project, it is a top-down zombie shooter made in Html5 and ECMAScript 6 language.

It is a short game with 2 levels and 2 bosses.

Link to the game: 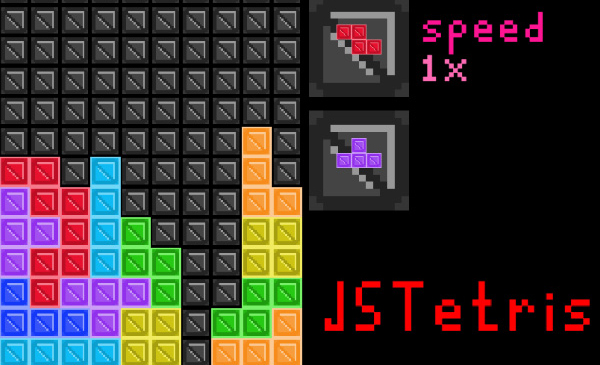 Let me share with you my latest addition to my gaming list projects, i have been playing a lot Puyo Puyo Tetris lately which is an awesome game for Nintendo Switch, i was thinking, hey!, i love this game so much, why not create a Tetris clone using HTML5 Canvas and ECMAScript 6 language?, so i started implementing the game a few days ago, i reused some classes from my previous game projects so the development was lighting fast.

The music played in the game is from a group known as PowerGlove, if you have not heard of them, go ahead and look for this incredible group and listen some of their recordings.

I do not know if i could be committing some copyright infraction here, but i am planning to record my own Tetris metal theme song on my electric guitar soon but meanwhile i am using the PowerGlove version for now, i hope there would be no problems.

As usual, here is the link to the code repository:

And the link to the playable version (use arrow keys to move tetriminos): 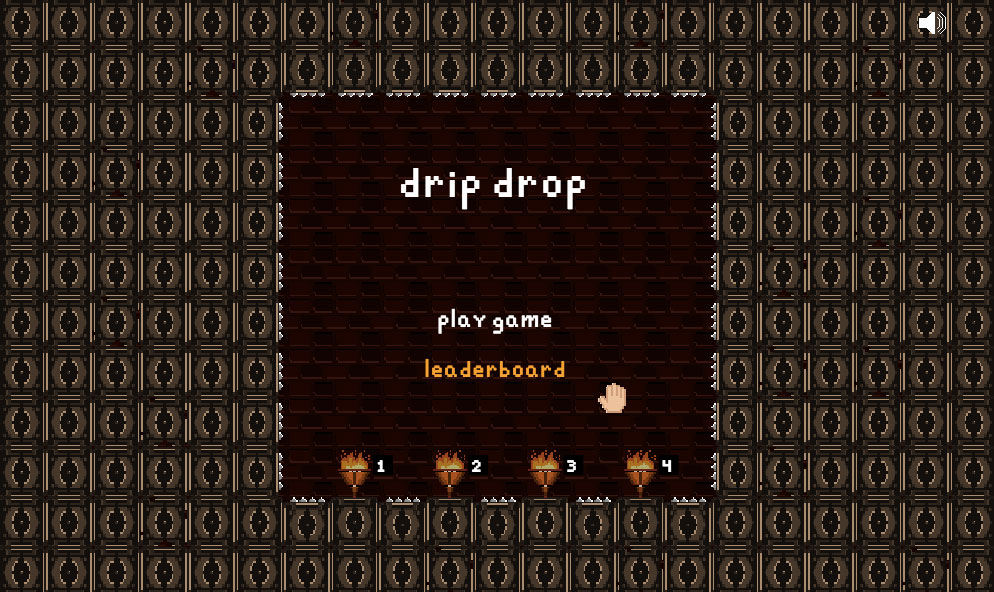 I am proud to share Drip Drop Puzzle Game with you, for it is the first time that I created the graphics and sound by myself. It is also the second time that I implemented a web browser game with ECMAScript 6 and HTML5 Canvas.

Although development took about 3 weeks; I was satisfied the whole time and I had a awesome time creating this game for you all even though I had to work 3 times harder than normal. I even started thinking of ways to share this proud experience with you.

My particular objective was to publish my game at Newgrounds which it is a site for an indie developers to show their creations, all content must be done by yourself so this was a great opportunity to share my game and receive some feedback, i am not going to lie, i was scared, i like my own creations but when other people comes into play, there would be some mixed opinions about it, some bad, some good, so i was afraid i could not take the bits of the bad ones, in any case i did it, and i am glad of the decision, at end a received a regular score from the community which is a great start for someone who likes making games as a hobby.

The objective of the game is to extinguish the torch flames with the drips and drops of water from melting ice cube, game instructions are presented while advancing through levels.

Link to the game:

Any feedback would be appreciated.
Hope you enjoy it.