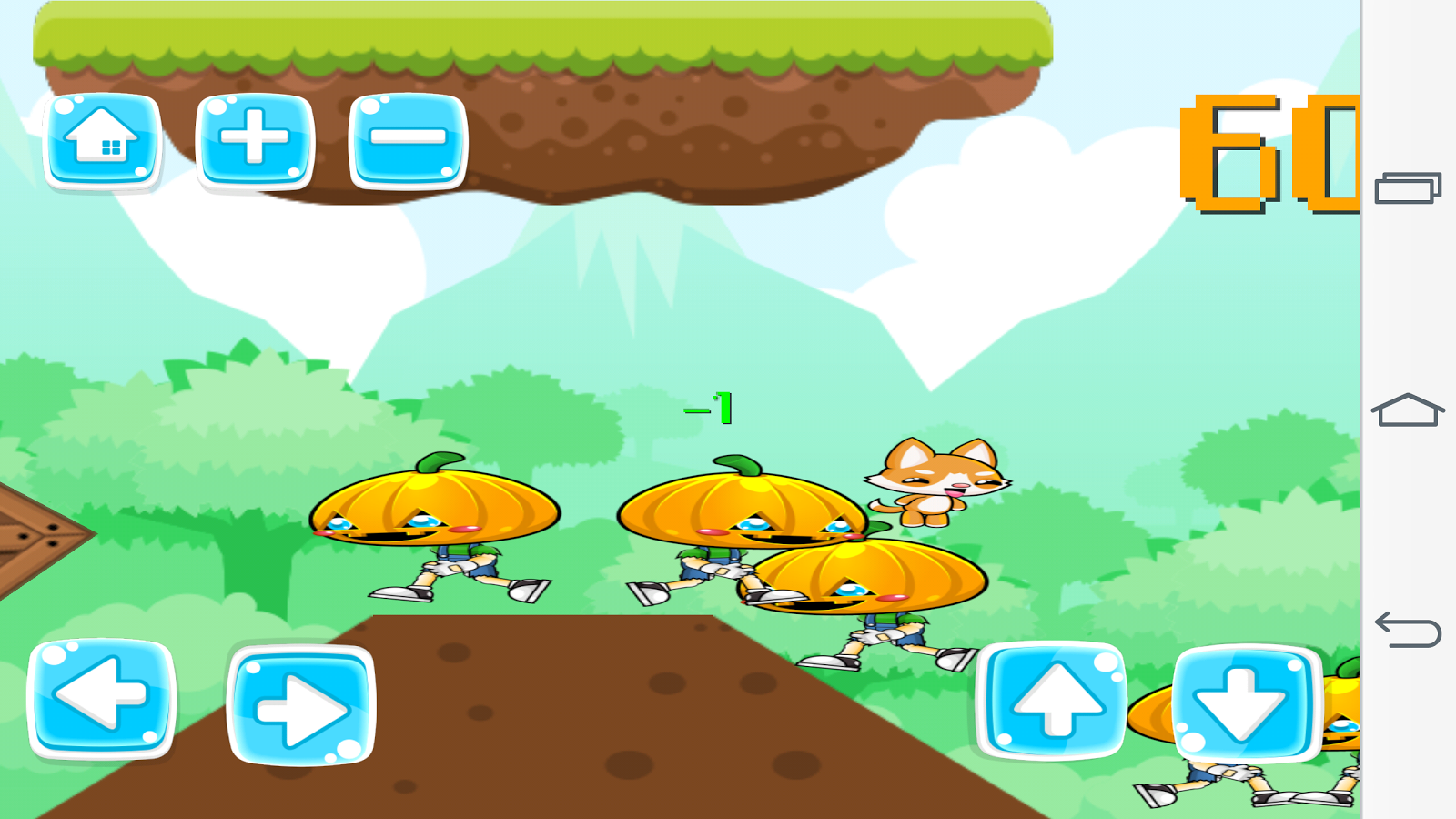 This is a game i made for Android devices in 2016, the mechanics of the game are really simple, you just have to  kill as many pumpkins as you can to get the most points.

Thanks to Joseph Miraglia for writing such an amazing description.

Description of the game:

The New World is here and for some strange trendy reason, Humans now prefer Pumpkins as Pets, instead of Dogs.

Dogs have been relegated and forgotten by their owners all over the World, and replaced with Pumpkins, but a Dog named Pancho is not satisfied with its owner having Pumpkins as Pets. Pancho the Dog is seeking revenge on all the Pumpkins of the World and knocking them out one by one.

Help Pancho the Dog finish its mission of saving Dogs from their Pet Owners prefering Pumpkins as Pets!

DESTROY THE PUMPKINS
• Knock out the Pumpkins one by one by hopping on top of the them and then smashing the Pumpkins weak spot.

PROVE PANCHOS WORTHINESS!
Pancho is not the only Dog risking its life to save humanity from Pumpkin Loving Pet Pumpkin Owners! Destroy more Pumpkins than all the other Dogs in the World, and prove to Panchos Owners that Pancho is the only Pet Worthy Pet ever!

Be part of the top 10 worldwide list of dogs, help them to reestablish their life with humans to normal.